How Cannabis May Help Patients Suffering from PTSD 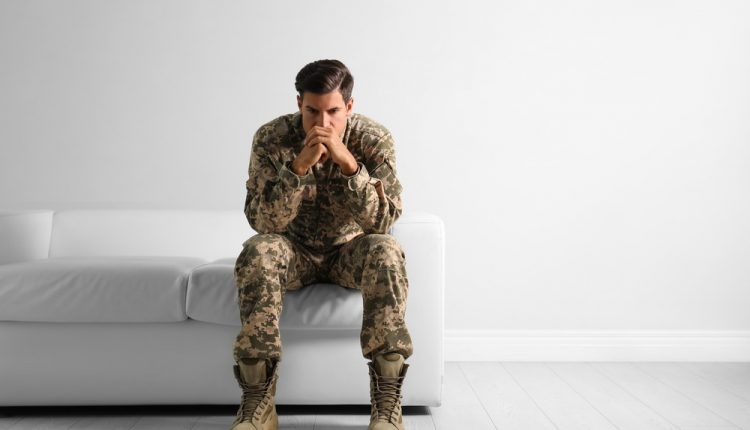 Post-traumatic stress disorder (PTSD) was not officially recognized by the American Psychiatric Association until 1980. Nonetheless, there is evidence of the condition found in medical journals dating back hundreds of years. PTSD can be a potentially debilitating condition if patients are unable to find a treatment that works. Thankfully, cannabis is now on the table of options.

A majority of the states with active medical cannabis programs consider PTSD a qualifying condition. PTSD patients attest to the fact that cannabis reduces their anxiety, helps them sleep, and reduces the frequency of bad dreams and flashbacks.

As to the biological mechanism behind cannabis efficacy for PTSD, researchers are not quite sure. They do have some fairly solid leads that warrant further investigation.

If you have followed the medical cannabis discussion to any degree, you have probably seen or heard the term ‘endocannabinoid system’. This is a system within human physiology that contributes to regulating a number of things, including mood and memory. It does so by way of molecules known as endocannabinoids.

You probably also know that cannabis plants contain cannabinoids like CBD and THC. It turns out that cannabinoid molecules are very similar to their endocannabinoid counterparts. This realization gives us an inkling as to how cannabis consumption influences human physiology.

Endocannabinoids are essentially chemical messengers that carry signals throughout the central nervous system. They play a role in two things that contribute to PTSD: memory formation and stress response. A person suffering from PTSD experiences elevated stress levels as a result of traumatic memories.

Utahmarijuana.org is a website run by a group of medical providers who specialize in helping Utah patients obtain medical cannabis cards. They say that PTSD is a qualifying condition they see quite frequently. They also say that cannabis is one of the best PTSD treatments they have seen.

How does it work? The prevailing line of thought suggests that THC and other cannabinoids interrupt the messages being sent by the endocannabinoid system. If the messages cannot get to where they are going, the body will not react in the way it otherwise would.

A good way to think of it is to imagine sending a text to your spouse requesting that they stop on the way home to pick up dinner. What if a glitch in your carrier’s system prevents that text from reaching your spouse? You will be having cereal for dinner. The desired result of your text is never achieved because the message was not received.

At this point, it is important to note that the efficacy of cannabis as a PTSD treatment is not just speculation. Despite the often-repeated mantra that ‘the science just isn’t there’, numerous studies conducted over the last five years prove otherwise.

The Cannigma website references five such studies in its guide to using cannabis as a PTSD treatment. One of the studies, conducted in New Mexico in 2014, showed a 75% reduction in PTSD symptoms among patients using cannabis.

Likewise, a scientific review conducted in 2017 suggested that certain portions of the brain that contribute to stress-induced behavior can be modified by controlling endocannabinoid function. The conclusions of the review line up with the concept of blocking messages being sent within the endocannabinoid system.

It is important to acknowledge that research has not yet proven how cannabis reduces PTSD symptoms. But there is no denying that it does. It is a shame that certain PTSD patients are not given access to medical cannabis due to outdated regulations and a marijuana’s status as a Schedule I controlled substance.

Five Things You Need To Know About Guns and Firearms

What is the difference between Delta 8 THC Disposables & Cartridges?

What is the difference between Delta 8 THC Disposables…

Prev Next 1 of 20
Popular Topics

What is the difference between Delta 8…

What are Delta 8 Pre Rolls and how do…